The Personal Data Protection Board [“KVKK”] published two more decisions on the website that two different companies were fined for failing to take adequate administrative and technical measures to protect personal data. As the regulations on the protection of personal data were relatively new in Turkish law, the decisions made by the KVKK during the process of compliance with the new regulations were relatively warning and advisable. However, given the recent decisions of the KVKK, including these two decisions, it appears that the institution no longer makes concessions to the protection of personal data. A summary of the decisions can be found below. 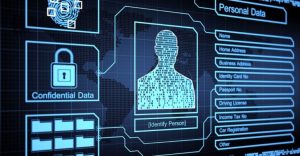 In one of the decisions, KVKK charged a company 300.000,00 TL for data controller’s failure in taking administrative and technical precautions and 150.000,00 TL for failure of company in performing its obligation to inform related person (the person whose data are affected from breach) of data breach. In justification of aforementioned decision;

Another company was charged 400.000,00 TL for inadequate technical and administrative measures to ensure security of personal data, and 100.000,00 TL for failure of company in performing its obligation which is to inform related person of the breach. In order to come this conclusion, in justification of such decision;